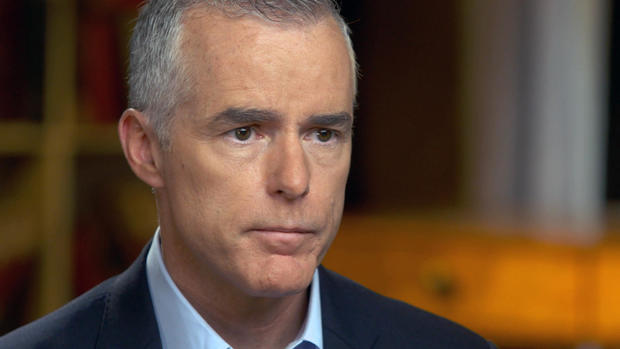 Read the full transcript and see the video here:

Scott Pelley: How long was it after that that you decided to start the obstruction of justice and counterintelligence investigations involving the president?

Andrew McCabe: I think the next day, I met with the team investigating the Russia cases. And I asked the team to go back and conduct an assessment to determine where are we with these efforts and what steps do we need to take going forward. I was very concerned that I was able to put the Russia case on absolutely solid ground in an indelible fashion that were I removed quickly or reassigned or fired that the case could not be closed or vanish in the night without a trace.

Scott Pelley: —That those investigations had begun because you feared that they would be made to go away.