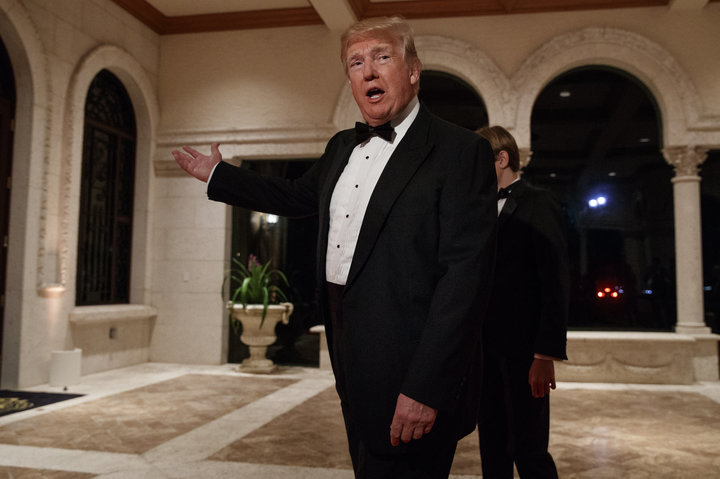 Everything about Trump is a scam:

President Donald Trump has traveled to his for-profit resort in Palm Beach, Florida, this weekend, where he will participate in Republican fundraisers that will put hundreds of thousands of dollars into his own cash registers.

Trump’s Mar-a-Lago will host a dinner for six-figure donors to the Republican National Committee on Friday evening and a “low dollar” lunch on Sunday, tickets for which cost $2,800, the maximum contribution allowable to a federal candidate for the 2020 election.

“It’s the perfect storm of corruption,” said Robert Weissman, the president of the liberal watchdog group Public Citizen. “This big money fundraiser by the RNC is being held to pursue a corrupt corporate agenda at a property owned by the president of the United States, who is using the highest office in the land to enrich himself.”