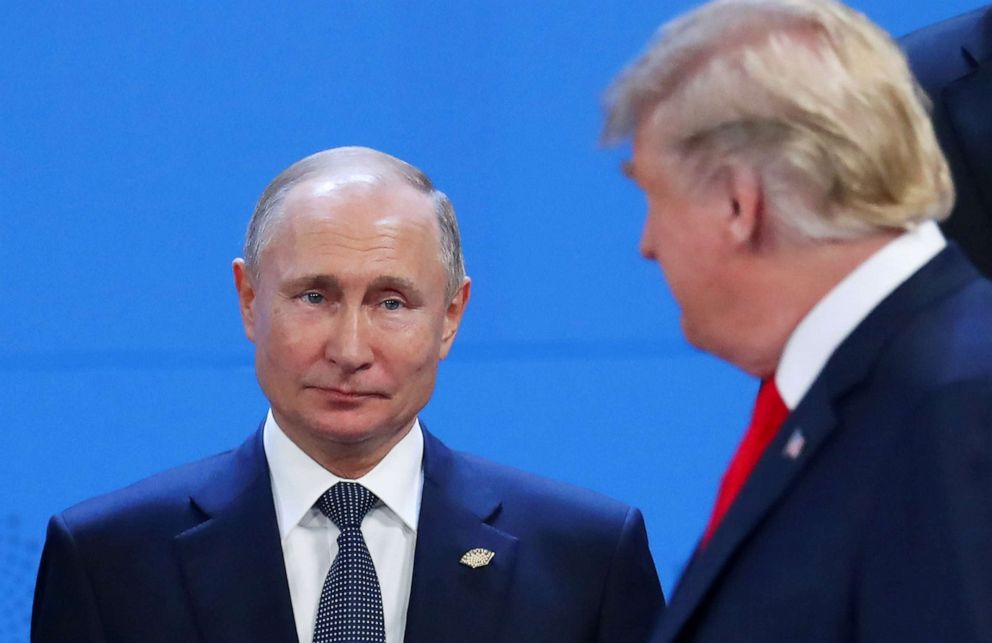 Isn’t that what you would expect to hear from a traitor?

Ahead of a planned meeting with Vladimir Putin at the G20 summit in Japan, President Donald Trump on Wednesday said what he talks about with the Russian president is “none of your business.”

That kind of dismissal has fueled concerns about their previous meetings, some of which are under investigation by Congressover reports that Trump destroyed translators’ notes afterwards or met without any U.S. officials present. The reported destruction of notes is also the subject of lawsuits that allege the Trump administration has violated federal laws about records

And if that is not enough evidence just look at the decision by Trump to not attack Iran at the last moment:

Vladimir Putin on Thursday warned President Trump not to use military force against Iran despite the Islamic Republic’s recent provocations — in comments apparently made before the US charged that Iran had shot down a military drone with a surface-to-air missile.

During a marathon, four-hour call-in show, Putin warned the US that an attack on Iran would have enormous consequences, adding it would trigger an escalation of hostilities across the region.

“It would be a catastrophe for the region as a minimum,” said the Russian strongman, an ally of the Iranian regime.