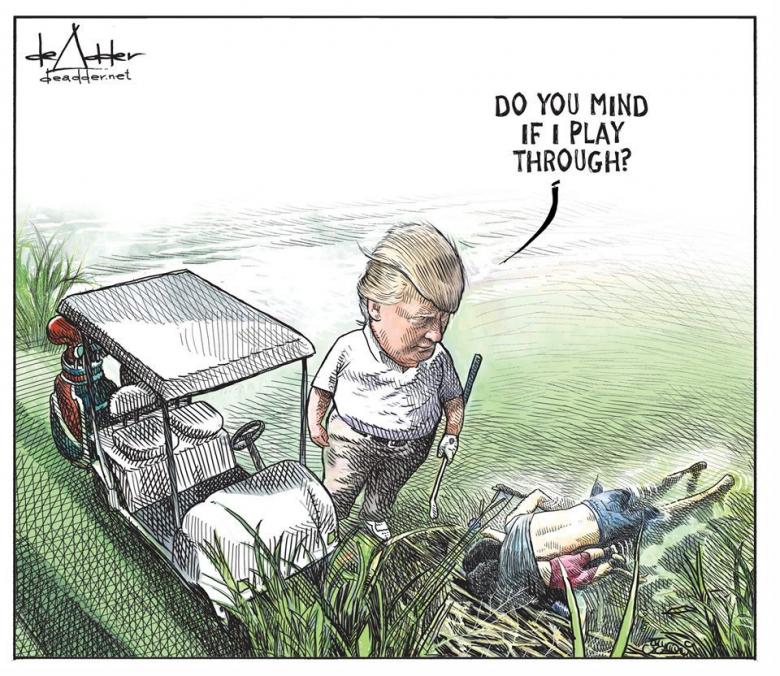 I’ve used ‘fired’ in the headline, but more accurately de Adder had his contract terminated with the Brunswick News, a privately-held publishing company that operates in New Brunswick, Canada. The sole owner, James K. Irving is one of the wealthiest people in Canada and he and his family have a vast array of interests and holdings, many of them dependent on access to the United States. So, when their little newspapers published a political cartoon that went viral completely excoriating the vile and hateful border practices of Trump something had to give.