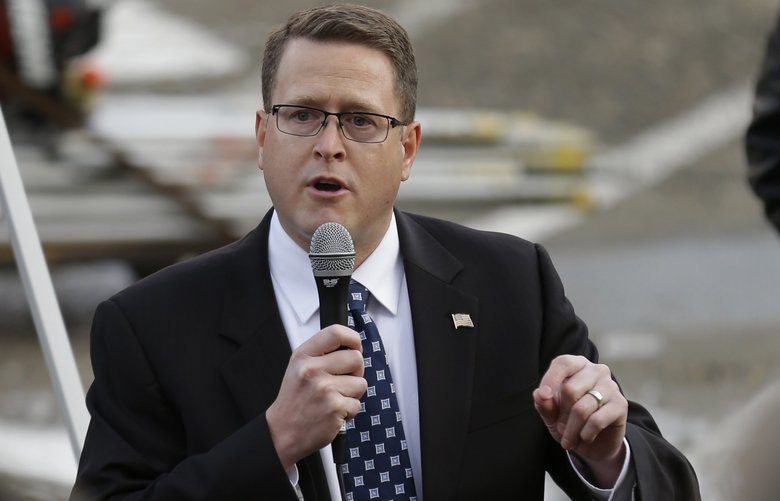 The GOP is a domestic terrorist organization. And they should be banned. They are also work behalf of a foreign government:

State Rep. Matt Shea planned and participated in domestic terrorism against the United States before and during the armed takeover at Malheur National Wildlife Refuge, an investigation commissioned by the Washington state House found.

The 108-page report found that beginning in November 2015, Shea, working with militia leader Ammon Bundy, helped “in the planning and preparation” of the Malheur takeover, a six-week conflict in which dozens of armed protesters occupied the refuge in rural Eastern Oregon. The standoff ended after one protester was shot and killed and dozens were arrested.“

Representative Shea, as a leader in the Patriot Movement, planned, engaged in and promoted a total of three armed conflicts of political violence against the United States Government in three states outside the state of Washington over a three-year period,” according to the report released Thursday. “In one conflict Representative Shea led covert strategic pre-planning in advance of the conflict.”