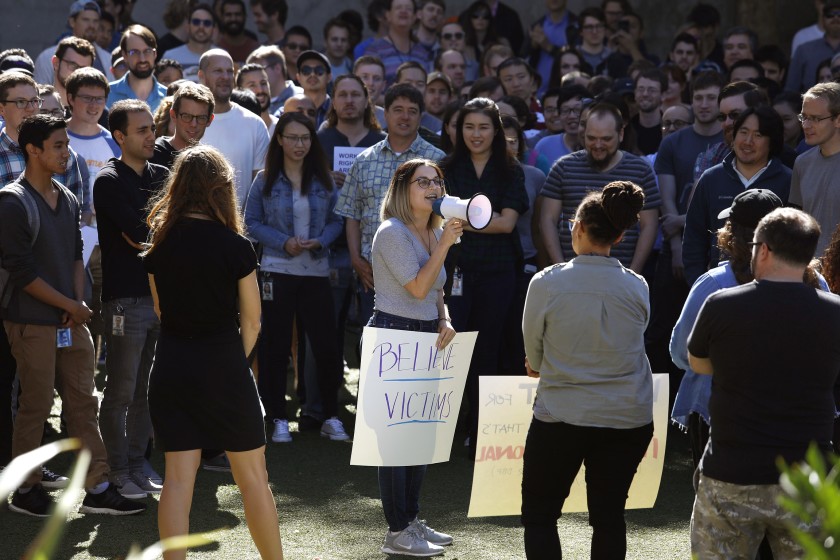 We must not give in the encroaching corporate dictatorship in America. To remain silent and acquiesce means the loss of all our freedoms:

About 200 Google employees and other tech workers assembled outside the company’s downtown San Francisco office on Friday to call for the reinstatement of two workers placed on leave this month for reasons they claim are connected to their internal activism.

The protesters accused the company of suspending the employees, Laurence Berland and Rebecca Rivers, to intimidate and silence others inside the Alphabet-owned internet giant who have spoken out on a variety of issues including the company’s pursuit of defense contracts and decreasing internal transparency.

“Our co-workers…have been on the front lines of this struggle for freedom and good jobs for all here at Google,” Stephanie Parker, a Google employee and one of the organizers of a November 2018 walkout by 20,000 Googlers, said at the rally. “Their reward? Google has suspended them from their jobs and interrogated them for speaking out. We are here today to show them our support and demand that Google bring them back immediately.”