Another corporate Democrat attacks AOC and her progressive agenda. The link includes a video.

Former Senate Majority Leader Harry Reid is wading back into the political world attacking one of his party’s newest rising stars. Veuer’s Nick Cardona has that story. 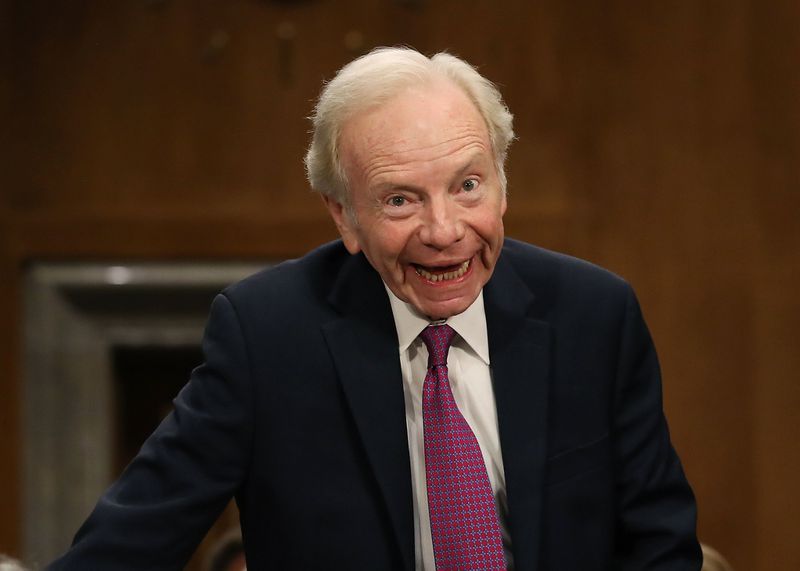 Joe Lieberman betrayed his party in 2008 by endorsing John McCain for president. Then he proceeded to sabotage the Democratic majority in the Senate. He is now a lobbyist for a Chinese company. So it shouldn’t be of much concern that he is now attacking AOC. It’s a badge of honor:

The former Democrat, who stumped for Republican nominee John McCain in his loss to Barack Obama in the 2008 presidential race, made similar comments about the newly elected 29-year-old congresswoman last week on FOX Business, saying “I certainly hope she’s not the future and I don’t believe she is.”

Ocasio-Cortez, who taunted conservative critics with a video of her dancing in the halls of Congress, snapped back at Lieberman on social media following his first round of comments.

“New party, who dis?” she tweeted to her 2.3 million followers.

It makes you wonder who Lieberman is working for when he attacks AOC. He hasn’t been saying much over recent years. Now he’s come out of the woodwork. Maybe he’s looking for a job with another disloyal American, Donald Trump:

Former US senator Joe Lieberman should register as a foreign agent for his work on behalf of Chinese telecommunications company ZTE, according to a complaint filed on Tuesday with the Justice Department by the Campaign Legal Centre.

Lieberman filed as a lobbyist last month for ZTE, which is facing scrutiny over alleged national security threats its products pose to the US. Under federal law, lobbyists for foreign commercial clients are exempted from the Foreign Agents Registration Act, or FARA.

No more business as usual. AOC is a true champion of the 99 percent:

Incoming Rep. Alexandria Ocasio-Cortez, D-N.Y., took aim at the Democratic Party on Monday over the newly-announced climate crisis committee — a body she and other progressives say lacks the teeth needed to avert planetary disaster.

In a Twitter thread, Ocasio-Cortez said that her proposal for a select committee on a Green New Deal — a key demand of the youth-led Sunrise Movement — contained “3 simple elements: 1. No fossil fuel money on climate cmte 2. Offer solutions for impacted communities 3. Draft sample #GreenNewDeal.”

Alexandria Ocasio-Cortez has gotten under the skin of the right-wing in America. In the pursuit of new racial target they’ve clung to the newly Congresswoman from New York. They are so insecure (and racist) that are looking for a foil. Obviously attacking Nancy Pelosi is no longer enough, or successful. And being a Republican requires attacking people of color. And AOC is the most well-known new politician for them to go after. The’ve found a new dog whistle.

And she’s also probably pissing-off the old guard within the Democratic Party as well. She’s shaking things up.

END_OF_DOCUMENT_TOKEN_TO_BE_REPLACED

Ocasio is now the leader of the 99 percent movement:

Rep.-elect Alexandria Ocasio-Cortez is assuming a leadership role in efforts to combat Amazon’s plan to build a new headquarters in Queens, an initial test of the incoming House freshman’s clout in her home city.

The 29-year-old progressive darling headlined a closed-press, standing-room-only meeting of activists in lower Manhattan on Monday, near the site of the Occupy Wall Street protests in Zuccotti Park. The meeting’s purpose, according to those who attended, was to strategize about how to kill Amazon’s deal to build a headquarters in Long Island City — a deal that proponents say would bring at least 25,000 well-paying jobs in exchange for roughly $3 billion in subsidies.

Rep.-elect Alexandria Ocasio-Cortez has made no secret of her opposition to the deal.