It almost seems the corporate press is hoping for violence. Afterall, the Charlottesville tragedy was a major news event in 2017. Now these right-wingers decided to hold a hate rally on MLKjr’s birthday. This day should be about the life of a great man of peace, freedom, and democracy.

END_OF_DOCUMENT_TOKEN_TO_BE_REPLACED

I’ve used ‘fired’ in the headline, but more accurately de Adder had his contract terminated with the Brunswick News, a privately-held publishing company that operates in New Brunswick, Canada. The sole owner, James K. Irving is one of the wealthiest people in Canada and he and his family have a vast array of interests and holdings, many of them dependent on access to the United States. So, when their little newspapers published a political cartoon that went viral completely excoriating the vile and hateful border practices of Trump something had to give.

That’s very bad news for Donald Trump. FOX News has been riding the president’s coat tails for sometime now. They might decide to dump the Trump and look elsewhere for ratings. MSNBC attacks The Donald non-stop and it’s obviously means great ratings for them. FOX might decide to do the same:

MSNBC beat out Fox News last week in key ratings for first time in 17 years, topping its competitor in total viewers for the first time since 2000, according to a news release from MSNBC. 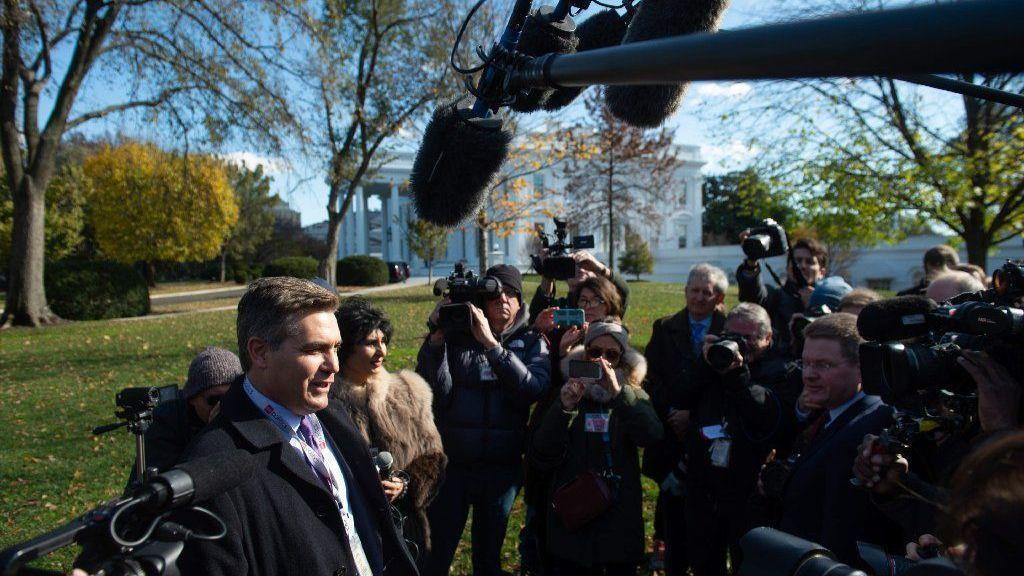 In a sense, Trump is right about the media/press when he calls them the “enemy of the people.” The media puts profit before democracy, thus the American people, by covering the liar-in-chief no matter what he does. They regurgitate his every utterance. And in the process give his insane rants legitimacy. All because sensationalism comes before exposing his corruption. If they had done their jobs he would not have become president in the first place:

Much is being made of the president’s targeting of CNN’s Jim Acosta, but TV news bears as much blame as anyone for our democracy’s dystopian decline, culminating in the presidency of an ignoramus with a personality disorder.

With Congress supine and the courts packed by Sen. Mitch McConnell, R-Ky., readily consumable news stands as the last guardrail of American democracy. Yet rather than fulfilling that vital role, TV news unwittingly amplified Donald Trump’s propaganda during the 2016 presidential election and now perpetuates it with such blind reliability that it must surprise even him.